According to a survey asking how advertising spend has been affected by the COVID-19 pandemic reported by eMarketer,

“Almost nine in 10 advertisers said they had taken some type of action. Those actions that were most common included holding back a campaign that was set to launch later in the year (49%), changing media or shifting budgets among media (48%), and stopping a campaign midflight (45%).” 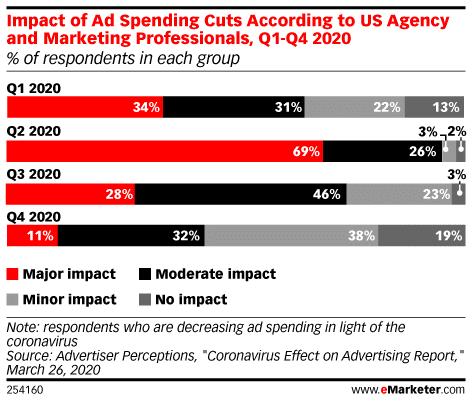 The same survey reports that while performance marketing budgets were decreasing, “42% planned to increase spending on mission-based marketing, 41% on cause-related marketing, and 37% on brand equity messaging.